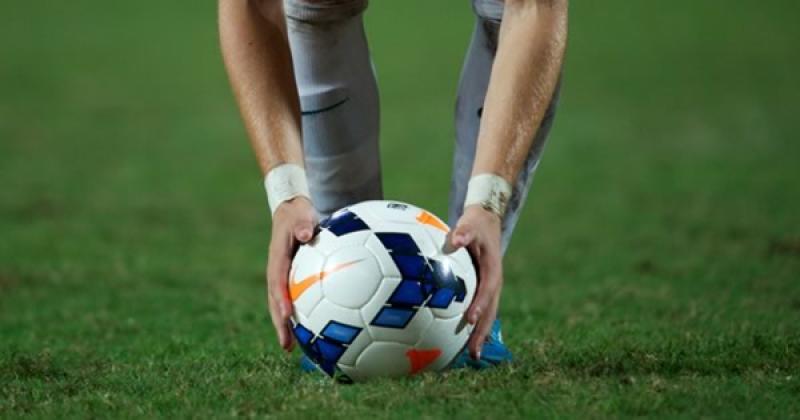 This weeks Europa Cup final between Manchester United and Villareal ended with what is possibly the best penalty shoot out of all time. Not only because of the drama of it all coming down to the two goalkeepers, but because of the quality of all the penalties that came beforehand.

I have been involved in research into the penalty situation before, looking at both how best to score and how to save a penalty and there are some valuable lessons that research can teach us and the shoot out on Wednesday night, highlighted some of these key points.

When watching many penalty takers, you can usually divide them into one of two types – the ‘know what you are going to do in advance’ group and the ‘react to the movement of the goalkeeper’ group. In this shoot out, we only saw one player in the latter camp; Marcus Rashford. He approached slowly, had his head up, waiting for Rulli to make a move, but the move never came. Rashford managed to keep his cool and slot the ball home into the side netting, but this lack of movement by a goalkeeper is often enough to shake the cool of even the iciest striker. In contrast to Rulli’s delaying tactics, De Gea moved early on every attempt, leaving the middle of his goal exposed which was enough for three of the Villareal players to take advantage of. Had he paused for a split second longer, these three shots would have come straight at him, or at least he would have forced the players to rethink their original plan and aim to one side. And in the pressure cooker of a penalty shootout, in a European cup final, the last thing you want your striker to be doing is thinking.

So, what do you want your striker to be doing when they take a penalty?

The answer is as little as possible. They should have picked out days, if not weeks in advance, where they are going to place their kick. They should have practiced, daily, kicking the ball as accurately as possible, to this location. They should have put pressure on themselves while practicing. Could they have wagers with teammates? Could they forfeit something they care about for a week if they fail? Could they have noise and distraction all around them? Could they take the shot after doing a really physically intense training session? If they have done all of this, they can take with them the confidence that they are prepared in the best possible way. And that confidence is what will really make the difference on match day.

Where should the striker be aiming?

There are certain places in the goal, which even if a goalkeeper knows where a striker is aiming, they physically will not be able to make the save if the ball is kicked hard enough. The ball can travel at a velocity of over 100km/h so when struck from a distance of just 12 yards, there physically isn’t time for the goalkeeper to reach certain parts of the goal. And that is assuming they chose the correct location of the shot to dive towards. So the answer to the best location, is anywhere around the edge of the goal. Into the side or top netting is ideal. You have a little more leeway if aiming into the top corners than you do in the bottom corners which do not require the goalkeeper to generate as much ‘spring’ to reach. I like to call it the ‘scoring arch’ as anything in that area is bound to result in a goal. Fred found the scoring arch with his perfectly placed shot into the bottom corner. Coquelin found it with his strike to the top corner. In fact, I would say more players found that scoring arch in this penalty shoot out than any I have previously seen. Hence, the high success rate. There were very little mind games, no trickery or fancy shots. Just genuinely well placed, hard, accurate shots which gave the goalkeepers very little opportunity to make a save.

My biggest tip to strikers is, on their run up, to look where they are aiming. The old saying ‘the eyes lead the body’ does not come from nowhere. Research shows that where we look is where we (or the object we are projecting) go. Therefore, a shot is going to be far more accurate if a player is actually looking where they want it to go. Many strikers I have worked with have been concerned that if they look towards their target location as they take a penalty, this will give away to the goalkeeper where they are aiming. However, I have also carried out research into goalkeepers, and once the run up has begun, they no longer look towards the strikers head at all so any attempt at deception is wasted.

In summary, my advice to anyone wanting to take the perfect penalty is to:

This might have made everything seem very simple from the strikers perspective but the rarity of a shootout like we witnessed this week shows it is never that easy in the heat of the moment. Whether the breakdown come due to lack of knowledge about the science of the shootout, lack of practice under pressure, or an inability to control emotions in that situation, we can only speculate.

Next week I will be writing a blog from a goalkeepers point of view – looking at what they can do to give themselves the best chance of saving a penalty. Maybe the Champions League final on Saturday will give us another opportunity to watch the world’s best face this toughest challenge.

Back to Listing
Next